Oh hi, I’m back, and I just finished reading a really good book…

END_OF_DOCUMENT_TOKEN_TO_BE_REPLACED 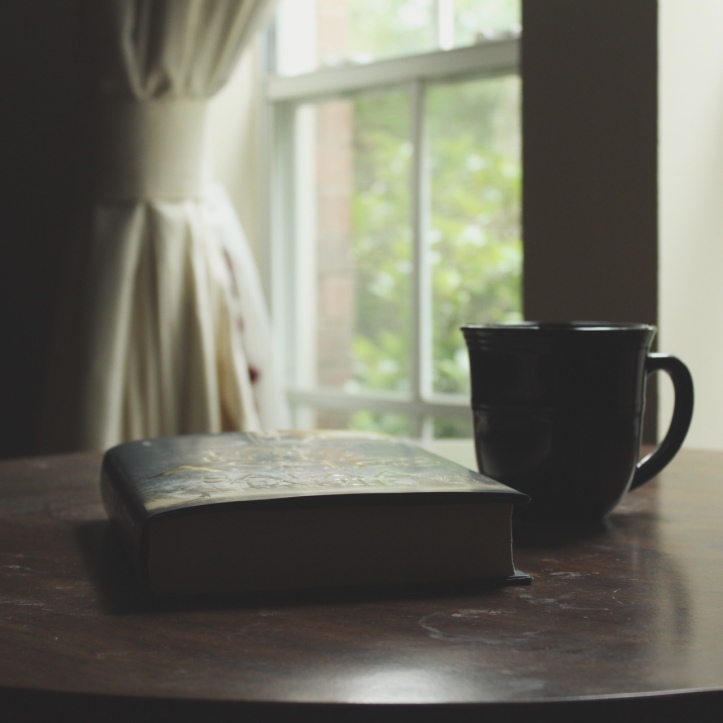 Time to review this one!

END_OF_DOCUMENT_TOKEN_TO_BE_REPLACED

I finished the 600+ page new installment in Cassandra Clare’s (neverending) Shadowhunter series earlier this week, and…

END_OF_DOCUMENT_TOKEN_TO_BE_REPLACED

Hey, I managed to do a blog post today!

Some things that made me happy this week:

Do you do this?

An awesome post for when you’re ready to query.

I want to go here.

Reading: After finishing this and getting angry that the sequel hadn’t arrived in the mail, I started reading this, which is just as good as this. But the sequel just came today and I can’t decide what I want to read more. #goodproblemstohave

Writing: The YA fantasy is a bit stuck. I’m trying not to edit as I go but I made a major change to the beginning and am having trouble simply making the note “this happens instead” and moving the plot from there. I think I’m someone who needs to edit as she goes. And I think that’s okay.

Watching: I know I’m about 25 years late, but I started watching this. From the beginning. I like it. And the ’90s hair makes it that much better.

Listening to: Have you heard of this? I had not, but now I’m managing our branded account, so am quickly getting myself acquainted with it. If you’re a regular user, let me know if you have any tips.

Cooking: Quick and easy dinners. Like this one: 1. poach two eggs 2. sauté shallots and shiitake mushrooms 3. put everything over a bowl of arugula and top with salt, pepper, and fresh ricotta 4. eat with a warm baguette. (and some sauvignon blanc, if you feel so inclined).

Have a lovely weekend!

Image that makes me long for elsewhere found here

I am happy today because after cancelling our trip to Grenada, we ended up booking a last-minute flight to Florida to visit my lifelong best friend and her family. She just gave birth to her fifth child, so it’s going to be a long weekend spent catching up and playing with lots of small people. And strangely enough, her kids are some of the few I know that actually make me look forward to having my own (but not anytime soon). They’re just really cool small people.

Some other cool things from around the internets this week:

1. People who procrastinate are more creative. As are people who sleep late. My “bad habits”, justified 🙂

2. I found a really great new blog to follow (though it’s been around a while, which always makes me wonder what other great things are out there on the internets that I’m missing). This post about the daily habits of writers and other creatives really hit home for me, as making enough time to write is something I’ve been struggling with lately.

3. I love this idea, and will be shopping here exclusively from now on. (In theory.)

Reading: On the final installment of this trilogy, which began with this book. Still liking it, but I’m hoping that in this book, the heroine attends far fewer meetings than in the second book. Meetings are the worst things in the world. I deal with them daily at work and really don’t need them cropping up in my YA fantasy.

Writing: My YA fantasy. I finally got to the exciting parts, so the writing’s coming much more easily 🙂

Watching: I need something new. Any recommendations?

Listening to: Recently discovered these guys–they’re different and kind of awesome.

Cooking: New category! I actually love to cook. Pouring a glass of wine, putting on Netflix, and making a giant mess in the kitchen for my boyfriend to clean up later is one of my favorite things to do. It’s the one time when my brain’s not mentally responding to an email or trying to figure out some plot problems or worrying that I still haven’t found the perfect armchair for my apartment. This week I made this and it was amazing, though next time I think I’ll try just baking the cauliflower and cheese alone then dipping it in the tomato sauce so it doesn’t get soggy.

How was your week??

As I explained last week, I’m looking for examples of meet-cutes in which the two parties concerned already know each other. There actually aren’t a ton of those out there in YA, or so I’ve found. Yet I do have one for today, an example from the trilogy I’m currently obsessed with…

END_OF_DOCUMENT_TOKEN_TO_BE_REPLACED

So as I’m slogging through my current work-in-progress, there are a lot of problems I’m encountering. One of them is this:

END_OF_DOCUMENT_TOKEN_TO_BE_REPLACED

It’s been a week. I ultimately decided to cancel my upcoming trip to Grenada, which sucks, but we’re trying to plan something else to make up for it. My cat may be ill. I’m behind on my writing. I’m trying not to let my day job suck out my soul. Hoping this weekend will be a good time to reboot and go into next week feeling a bit more together.

Here are some interesting things I’ve found on the internets lately:

1. Famous authors had day jobs, too.

2. To me it never went away, but I loved reading about the resurgence of the greatest TV show ever.

3. Not sure I agree with the accuracy of all of these, but this was interesting.

4. This is just awesome.

5. And this is incredibly useful.

Reading: The sequel to this. It’s so good I was happy when the subway got stuck this morning because it gave me extra reading time.

Watching: This. It’s definitely not the most brilliant TV of our time, but I loved the books and am really enjoying it. (This made me laugh so hard.)

Writing: Still on my YA fantasy. Last week I made a major shift to the inciting incident–I made things much worse for my protagonist–so I’m quickly reworking some of the opening scenes before moving onto to new stuff. It’s a definite improvement. I just need a Time-Turner so I have more time to work on it.

Listening to: These guys