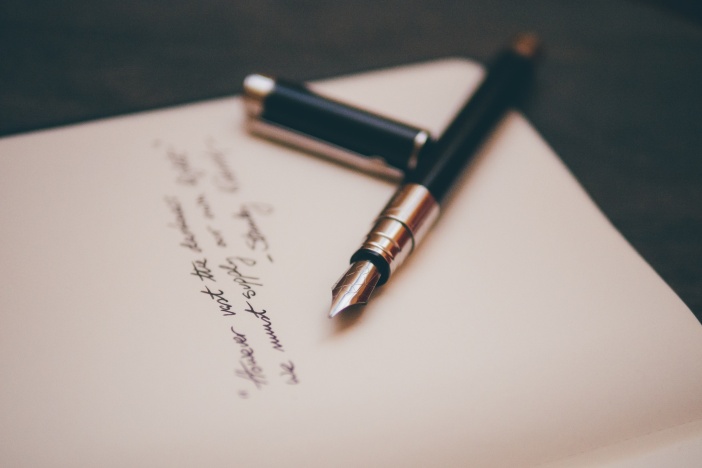 I mentioned before how I attempted to NaNo for the first time ever this year, and…

But I did not  “win”. (“Winning” is getting down 50K words, which for some people is a complete first draft, but never in a million years will I with my long-windedness be one of those people 🙂 )

But what I did do:

I completed 36K words in one month (a personal record!)

And I learned some stuff. So I wanted to share that stuff in the hopes you’ll find it useful:

1. Have Goals and Keep Track of Them I have always had a *loose* goal of 1000K words/day–but I’ve never really held myself accountable for it. I’ll miss days or get busy or start editing, and then who knows what my daily average is? But using the NaNo website, I put in my word count at the end of every day. It was super satisfying to see the word totals chart climb, and I loved being able to see my averages per day, plus what I had to bump them up to to finish in time. A favorite writer/blogger of mine has a great way you can continue to keep track of your word counts post Nano.

2. Fast Draft I am an editor-as-I-go. I know it’s likely detrimental, because sometimes I’ll redo the same passages so many times only to cut them in the end, but I just could never seem to help it. But in an attempt to just get it down this month, I managed to silence my inner editor, simply make a note of what needed to change about a scene to come back to later, and write on. So proud of myself!

3. Share with Friends While I wasn’t super-duper active on social (and by social, I mean Twitter) due to, you know, needing to spend more time writing than tweeting, the time I did spend posting about progress and pitfalls was really valuable, because writing is so solitary, it’s SO nice to know other people are going through the same thing .

4. NaNoWriMo All Year Long I’m taking what I learned in November and putting it into practice all year long. Which means  silencing my inner editor, and continuing to try and hit the 1000K/day goal through December. (I thought about making it more ambitious, but it’s December, the month of holiday parties and family and decorating, oh my. January is for ambition; December is for enjoying the season while not falling behind.)

Did you NaNo? Did you win? What did you learn? I’d love to hear!

4 thoughts on “On NaNoWriMo Learnings”