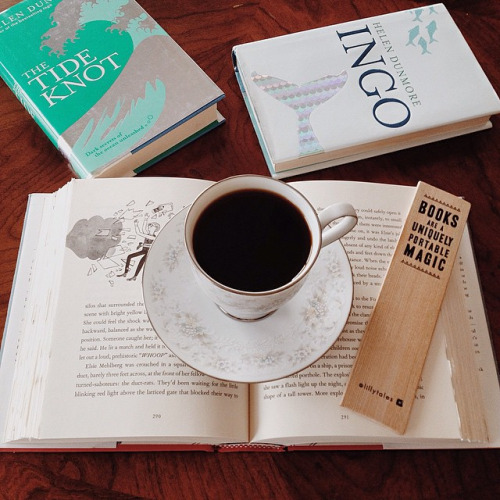 So after a 3-star book streak, I finally read a book I adored…

I’ve mentioned before that I’m on a YA fantasy kick in the interest of reading in the genre I’m trying to write in. I honestly forget why I picked up Rae Carson’s The Girl of Fire and Thorns, the first book in a trilogy–but I’m so glad I did.

The summary, from Goodreads:

Once a century, one person is chosen for greatness.
Elisa is the chosen one.

But she is also the younger of two princesses, the one who has never done anything remarkable. She can’t see how she ever will.

Now, on her sixteenth birthday, she has become the secret wife of a handsome and worldly king—a king whose country is in turmoil. A king who needs the chosen one, not a failure of a princess.

And he’s not the only one who seeks her. Savage enemies seething with dark magic are hunting her. A daring, determined revolutionary thinks she could be his people’s savior. And he looks at her in a way that no man has ever looked at her before. Soon it is not just her life, but her very heart that is at stake.

Elisa could be everything to those who need her most. If the prophecy is fulfilled. If she finds the power deep within herself. If she doesn’t die young.

Most of the chosen do.

So yes, “chosen one” stories can often delve into the world of cliché. But the one big thing that kept this story from going there was the protagonist.

I loved her from the beginning:

Prayer candles flicker in my bedroom. The Scriptura Sancta lies discarded, pages crumpled, on my bed. Bruises mark my knees from kneeling on the tiles, and the Godstone in my navel throbs. I have been praying–no, begging–that King Alejandro de Vega, my future husband, will be ugly and old and fat.

Today is the day of my wedding. It is also my sixteenth birthday.

I usually avoid mirrors, but the day is momentous enough that I risk a look. I can’t see very well; the lead glass ripples, my head aches, and I am dizzy from hunger. But even blurred, the wedding terno is beautiful, made of silk-like water with tiny glass beads that shimmer when I move. Embroidered roses circle the hem and the flared cuffs of my sleeves. It’s a masterpiece, given its rushed stitching.

But I know the terno’s beauty will be much diminished when buttoned.

So I have a soft spot for “ugly” heroines. It’s something I keep meaning to write about in depth, but I have so many feelings I haven’t managed to get them down yet.

The reason that diversity in books, especially YA books, is so important is because it’s important for young people to be able to relate to the characters they’re reading about. It’s been a while since I was a teenager, but I remember it quite well–particularly that sense of feeling like such an outsider at all times. I was convinced I was the biggest weirdo on the planet, and back then, I didn’t see that as a good thing. Not finding someone you can relate to, be it a gay character or a character of color, in literature or pop culture in general, can make you feel even more out of place and awkward and generally unhappy.

Now, I don’t identify with any marginalized group–I’m a white, straight, female–but that feeling of otherness rings very true to me. I was a very awkward-looking teenager, and I was completely convinced that all my problems would be solved if I just lost some weight or got plastic surgery. I can remember reading A Wrinkle in Time for the first time and being so surprised to find a self-described “ugly” heroine that I nearly wept with relief–I wasn’t the only one out there! Unfortunately, Meg Murray was the only imperfect-looking female I encountered in my reading throughout the rest of adolescence. “Ugly” females are something that’s highly underrepresented in literature and pop culture, so anytime I encounter them anywhere, I feel an immediately kinship.

Rant over. Back to this book.

“He has the look of a mighty mind, whose thoughts spin hidden beneath the impassive surface.”

Elisa is an atypical heroine in more ways than one. Not only is she overweight and unattractive, but she’s also entirely unathletic. So many YA heroines (Katniss from The Hunger Games, Katsa from Graceling, Tris from Divergent,) are these badass warrior girls–and that’s wonderful, don’t get me wrong. (I am a die-hard Buffy The Vampire Slayer fan, after all.) But there are so many other ways that girls can be strong and brave, besides being able to beat everyone up or shoot them full of arrows.

So what does Elisa use to succeed? Her mind.

“I know you hate me. But don’t let that make you stupid.”

And that is something I can relate to, as it was pretty much the only thing I had going for me as a teenager: being smart. I tweeted at the author that I haven’t loved a heroine this much since Hermione (another awkward-looking female character! Of course, they completely ruined that by hiring a beautiful actress to play her in the movies, but that’s a rant for another day.)

Elisa is not great at running or using a knife or defending herself–but she has read a lot of books. She’s timid and awkward and uncomfortable at the beginning of the book, but at each turn, she’s trying to improve herself–to use her mind to do the right thing for her people, or to get out of a dangerous situation. And I love love love that.

Elisa aside, this is a really great story. It’s well-written–not in the filled-with-beautiful-quotable-sentences way, but that’s okay. The world-building descriptions are perfect without being too much. It has diverse characters–everyone in Elisa’s world appears to Spanish or Hispanic of some kind, and the enemy are actually the scary “pale” people. It’s action-filled without having too much action. And above all, I love the characters.

The sequel was good as well, though I gave that four stars as opposed to five. And I’m currently on the third and final novel. Here’s to hoping it ends as well as it starts!

5 thoughts on “MK’s Book Reviews: The Girl of Fire and Thorns”