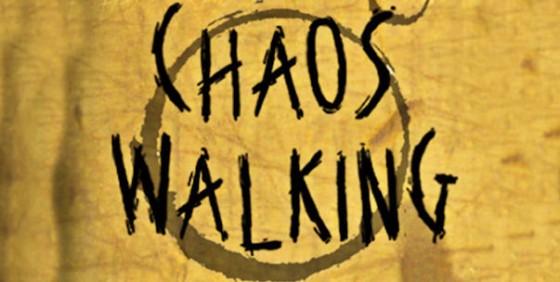 I’ve been reading up a storm lately, barely pausing to update my Goodreads, much less write a review. But I recently read a trilogy of books that merits one.

The Chaos Walking Trilogy by Patrick Ness merits a lot more than that.

“Without a filter, a man is just chaos walking.”

These books, a trilogy comprised of The Knife of Never Letting Go, The Ask and the Answer, and Monsters of Men, are some of the best books I’ve ever read. EVER.

Technically they’re YA science fiction, because the protagonists are young teenagers and they take place on another planet. But even if that’s not your taste, I’d press these books on absolutely anyone. They’re easy to read while being deeply complex and beautifully-written, long and involved but you fly through them so fast you don’t even notice, in a richly-imagined world with more richly-imagined, flawed, morally ambiguous characters.

I don’t like writing out the summaries to books, especially these ones, as so much of the beauty of them is in the surprises that come along, chapter after chapter, book after book. I’d actually encourage you not to even look at the backs of the second two novels until you’ve read the previous ones–however, I’d also encourage you to have the other two at the ready because the first two end on agonizing cliffhangers.

All you really need to know at the start: this is the story of Todd, who lives in a very strange town. It’s a town comprised of all men, where everyone can hear one another’s thoughts–including the animals. Throughout the course of the story, you’ll encounter action and romance, spaceships and farmers, talking animals and aliens. It sounds utterly bizarre, I know–but it works.

Reasons to read these books?

I am, have been, and will always be one who prefers character-driven stories over plot-driven ones. In spite of the massive amounts of action in these books, I’d argue they fall more in the character-driven story camp, because of how much our protagonists go through and see and feel and change. BUT if you’re not a character-driven person, the fights and the bombs and the wars and the chase scenes will satisfy your action-loving heart.

They are not black and white.

“He looks up and the loss in his Noise is so great it feels like I’m standing on the edge of an abyss, that I’m about to fall down into him, into blackness so empty and lonely there’d never be a way out.
“Todd,” I say again, a catch in my voice. “On the ledge, under the waterfall, do you remember what you said to me? Do you remember what you said to save me?”
He’s shaking his head slowly. “I’ve done terrible things, Viola. Terrible things-”
“We all fall, you said.” I’m gripping his hand now. “We all fall but that’s not what matters. What matters is picking yourself up again.”

You find yourself questioning over and over whether a certain character is good or bad, whether or not they’re lying, whether or not to trust him or her. Moral ambiguity is so great in novels because it’s so real.

The unmistakeable voice of each of your narrators, but especially Todd:

Ben’s sent me to pick him some swamp apples and he’s made me take Manchee with me, even tho we all know Cillian only bought him to stay on Mayor Prentiss’s good side and so suddenly here’s this brand new dog as a present for my birthday last year when I never said I wanted any dog, that what I said I wanted was for Cillian to finally fix the fissionbike so I wouldn’t have to walk every forsaken place in this stupid town, but oh, no, happy birthday, Todd, here’s a brand new puppy, Todd, and even tho you don’t want him, even tho you never asked for him, guess who has to feed him and train him and wash him and take him for walks and listen to him jabber now he’s got old enough for the talking germ to set his mouth moving? Guess who?

If there are any writers out there who need a lesson on how to create a distinctive voice, read these books.

“Ah, well, then you’ve never stood on a beach as the waves came crashing in, the water stretching out from you until it’s beyond sight, moving and blue and alive and so much bigger than even the black beyond seems because the ocean hides what it contains.”

“But a knife ain’t just a thing, is it? It’s a choice, it’s something you do. A knife says yes or no, cut or not, die or don’t. A knife takes a decision out of your hand and puts it in the world and it never goes back again.”

TODD HEWITT. If you don’t fall in love with this protagonist, you have no heart:

“The army your girl’s been talking about has been spotted marching down the river road.”
“She ain’t my girl,” I say, low.
“What?” Doctor Snow says.
“What?” Viola says.
“She’s her own girl,” I say. “She don’t belong to anyone.”

“That’s the thing I’m learning about being thrown out on yer own. Nobody does nothing for you. If you don’t change it, it don’t get changed.”

It also manages, in the midst of all the horror, to be funny:

“Didn’t you finish your chemistry in school?”
“You closed the school and burnt all the books.”
“Ah, so I did.”

It also manages to state these beautiful truths without being remotely preachy:

“Usually when a man calls a woman a bitch,” a voice calls over from a cart pulling up near us at the edge of camp,”its because she’s doing something right.”

“Choices may be unbelievably hard but they’re never impossible. To say you have no choice is to release yourself from responsibility and that’s not how a person with integrity acts.”

I have absolutely no idea why these books aren’t as huge as The Hunger Games, or just about any book franchise out there. There is apparently a movie in the works–no idea how that will work, with the thought-reading and all, but here’s to hoping it’s great.

In the meantime, please go read these books right now so I have more people to discuss them with.